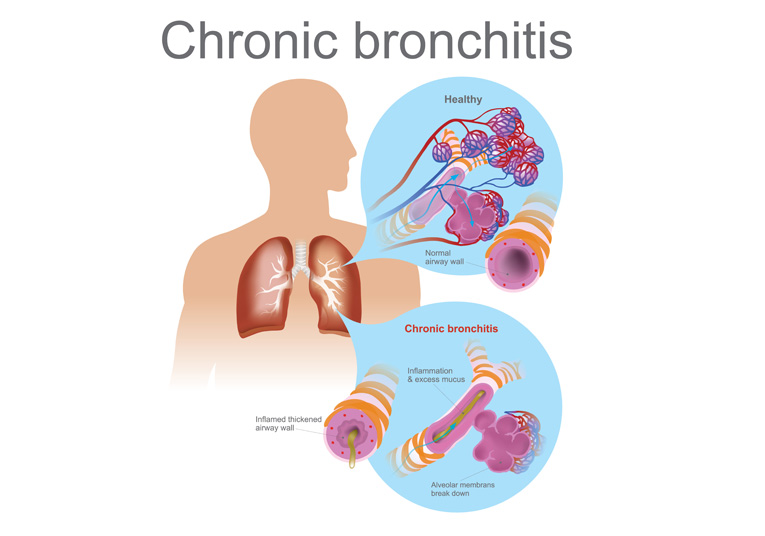 What Is Chronic Bronchitis?

Bronchitis is an inflammation of the lining of the bronchial tubes. These are the tubes that carry air to and from your lungs. People who have bronchitis often have a persistent cough that brings up thickened, discolored mucus. They may also experience wheezing, chest pain, and shortness of breath.

Bronchitis may be either acute or chronic. Acute bronchitis develops from a cold or other respiratory infection, and often improves within a few days without lasting effects. Chronic bronchitis is a more serious condition that develops over time rather than striking suddenly. It’s characterized by recurrent episodes of bronchitis that last for several months or years. The constant inflammation in the lining of the bronchial tubes causes excessive amounts of sticky mucus to build up in the airways. This restricts the amount of airflow going into and out of the lungs. The blockage in airflow gets worse over time, resulting in breathing difficulties and increased mucus production in the lungs.

Many people who have chronic bronchitis eventually develop emphysema, which is a type of lung disease. Together, the two conditions are referred to as chronic obstructive pulmonary disease, or COPD. According to the American Lung Association, more than 11 million people in the United States have COPD. However, there are many more people who don’t even know they have it.

The majority of COPD symptoms take a while to develop, so people often mistakenly believe that the condition isn’t life-threatening and ignore the symptoms until the condition has progressed to a more advanced stage. Although the condition can’t be cured, the symptoms can be managed with treatment once a diagnosis is made.

What Are the Symptoms of Chronic Bronchitis?

After a long period of inflammation and irritation in the bronchial tubes, chronic bronchitis can result in several hallmark symptoms, including a persistent, heavy cough that brings up mucus from the lungs. The mucus may be yellow, green, or white.

As time passes, the amount of mucus gradually increases due to the increased production of mucus in the lungs. The mucus eventually builds up in the bronchial tubes and restricts airflow, causing breathing to become increasingly difficult. This shortness of breath may be accompanied by wheezing that gets worse during any type of physical activity.

Other symptoms of chronic bronchitis may include:

As chronic bronchitis progresses, the symptoms can also vary in severity and frequency. For example, a cough may disappear temporarily, only to be followed by a period of more intense coughing. More severe episodes may be triggered by various factors, including:

Chronic bronchitis occurs when the lining of the bronchial tubes repeatedly becomes irritated and inflamed. The continuous irritation and swelling can damage the airways and cause a buildup of sticky mucus, making it difficult for air to move through the lungs. This leads to breathing difficulties that gradually get worse. The inflammation can also damage the cilia, which are the hair-like structures that help to keep the air passages free of germs and other irritants. When the cilia don’t work properly, the airways often become a breeding ground for bacterial and viral infections.

Infections typically trigger the initial irritation and swelling that lead to acute bronchitis. Chronic bronchitis, however, is most commonly caused by cigarette smoking. In fact, over 90 percent of those with the disease have a history of smoking. Inhaling cigarette smoke temporarily paralyzes the cilia, so frequent smoking over an extended period can severely damage the cilia. Chronic bronchitis may develop over time due to this damage.

Secondhand smoke can also contribute to the development of chronic bronchitis. Other possible causes include extended exposure to air pollution, industrial or chemical fumes, and toxic gases. Repeated lung infections may also cause further damage to the lungs and make chronic bronchitis symptoms worse.

When Should I See My Doctor?

Many people dismiss symptoms of chronic bronchitis, believing they simply have smoker’s cough. However, it’s important to contact your doctor right away if you have even the slightest suspicion that you might have bronchitis. Failing to receive timely treatment for chronic bronchitis greatly increases your risk of severe lung damage, which can lead to respiratory problems or heart failure.

Call your doctor right away if your cough:

How Is Chronic Bronchitis Diagnosed?

If you’re uncertain about whether or not your symptoms are those of chronic bronchitis, tests are available to help your doctor make a definitive diagnosis:

How Is Chronic Bronchitis Treated?

Although there’s no cure for chronic bronchitis, the disease can be managed with medical treatment and lifestyle adjustments, especially when a diagnosis is made early on.

Depending on the severity of your condition, your treatment plan may consist of the following:

Making certain lifestyle changes and trying natural remedies can also help alleviate the symptoms of chronic bronchitis. You may want to consider the following:

How Can Chronic Bronchitis Be Prevented?

The most important thing you can do to reduce your risk for chronic bronchitis is to avoid or stop smoking. Severe lung damage can occur when you inhale cigarette smoke over an extended period. Once you quit smoking, your lungs will begin to heal and you’ll be able to breathe much easier. You’ll also lower your risk of getting lung cancer. Talk to your doctor about quitting smoking or visit the American Lung Association website for tips.

It’s also important to avoid other lung irritants, including paint, toxic fumes, and dust. If you work in an industry where you’re frequently exposed to such irritants, wear a mask over your nose and throat to protect your lungs. 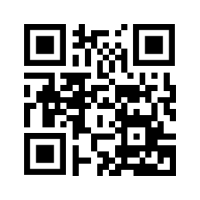